In this post, we provide an in-depth overview of methods outlined in the paper “Learning Neural Generative Dynamics for Molecular Conformation Generation,” discuss the impact of the work in the context of other conformation generation approaches, and additionally discuss future potential applications to improve the diversity and stability of generated conformations. 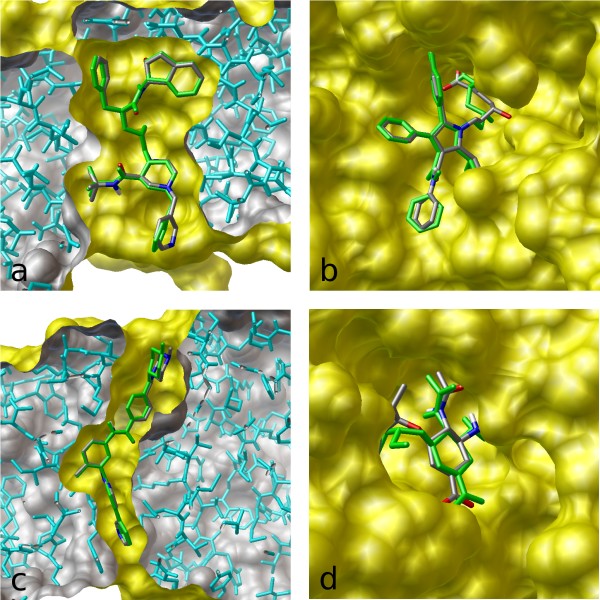 Figure 1: Autodock Vina is a computer program that takes a given 3D conformation of a molecule and protein and predicts the binding free energy. An algorithm like the one discussed in this blog could generate a wide variety of conformations for Autodock Vina to test. (Source)

It may be helpful to define what we mean when we talk about conformations, whether we are talking about a small organic molecule or a macromolecule like a protein. We start off with a graph, with atoms as nodes connected by bonds as edges that represent intramolecular interactions. In essence, we are starting with a specified connectivity defining how atoms are connected to each other. This two-dimensional representation, however, doesn’t capture the three-dimensional coordinates of the atoms and how they are spatially arranged.

Therefore, in theory, one molecular graph could capture an astronomical number of conformations capturing all possible permutations and combinations of spatial arrangements of atoms. However, not all of these possible spatial arrangements are relevant as some may be so unstable that they may not occur. The spatial proximity of bulky organic groups – more formally known as “steric clashing” – reduces the number of degrees of freedom when it comes down to which bonds can rotate and how much they can rotate. Therefore, we are only interested in conformations that fall in stable low energy minima.

Levinthal’s Paradox is a principle stating that if a protein were to sample all of its possible molecular conformations before arriving in its native state, it would take longer than the age of the universe. Though it may seem excessive to directly extend this analogy to small molecules, which are orders of magnitude less complex than proteins, it becomes intuitive that computationally simulating all of the possible conformations for a large molecule with a large number of rotatable bonds is highly infeasible. For every single bond and the associated substituents, if there are three stable conformations, then there is a maximum bound of $3^n$ stable conformations for a molecule with $n$ bonds. For example, a molecule with ten rotatable bonds could have a maximum of 59,049 conformations. Now, we’ve arrived at the question that drives this blog post and the work that we’re about to discuss: Given a molecular graph and its associated connectivity constraints, can we generate a set of low energy stable molecular conformations (a multimodal distribution) that capture the relative spatial positions of atoms in three-dimensional space? There are two subtle components to the question above that address some deficiencies in prior attempts to solve this problem:

An Overview of the Deep Generative Approach

To model this distribution, it is necessary to model intermediate distributions and marginalize over one of the variables:

With these two distributions, we can find our intended distribution by integrating over the possible distances.

Let’s walk through the approaches to modeling each of these individual distributions.

In this approach, the distribution of distances given a graph is modeled using a continuous normalizing flow. To understand this approach, we need to define its sub-techniques and understand how they interact with each other.

To combine the two methods above: We take $z_0$ and define it as the initial value. $\frac{dz}{dt}$ is calculated using a neural network that takes in $z(t)$, $t$, and $\theta$. With $z_0$ and a function $f$ to calculate $\frac{dz}{dt}$ at any time point, $z(t)$ can be calculated as per the traditional initial value problem formulation. The ODESolver also predicts the $\textrm{log}(p(z(t))$ at any time point, thereby encoding the density function for $z(t)$ in addition to just the values of $z(t)$ alone (Figure 2).

In this case, our $z(t)$ is $\boldsymbol{d}(t)$, a function that outputs a vector with pairwise intramolecular distances. The “continuous-time dynamics” is a function that takes in neural network parameters, the time, and the current state to output the derivative of the distances with respect to time. The neural network is a graph message passing neural network (MPNN) that calculates node and edge representations and aggregates the node and edge representations for each bond to calculate $\frac{dd_{uv}}{dt}$ – the change of the distance between two atoms with respect to time (Figure 3). 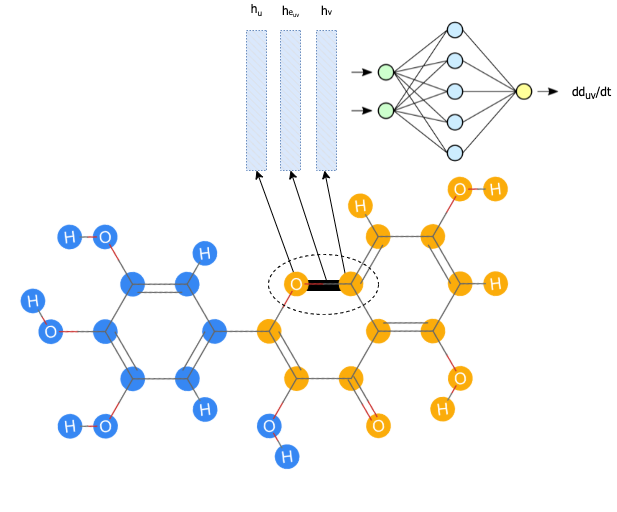 Figure 3: First, the individual nodes and edges are embedded using feedforward networks and sent through message passing layers. For every single bond, the final embeddings for the edge and atoms on each (atoms $u$ and $v$) end are concatenated and sent into a final feedforward network to result in a prediction for $\frac{dd_{uv}}{dt}$.

After the distances are sampled and predicted based on the graph, the conformations can be sampled so as to minimize the difference between the a priori distances generated by the continuous graph normalizing flow (CGNF) and the pairwise distances in the sampled conformation.

In the way that LeCun et. al initially describe energy-based models, they describe the energy-based function $E(X, Y)$ to calculate the “goodness” or the “badness” of the possible configurations of $X$ and $Y$ or the “degree of compatibility” between the values of $X$ and $Y$. The same idea can be applied when considering the meaning of the energy function taking in a molecular conformation and a graph as input.

The loss function with which the energy-based model (EBM) is optimized provides additional insight into how it helps guide the generation of conformations.

Conformations are sampled by pulling an initial vector of distances from a normal distribution, passing it through the continuous graph normalizing flow, and finding an initial conformation $R_0$ that minimizes the energy. Then, conformations are sampled using two steps of stochastic gradient Langevin Dynamics. As in traditional stochastic gradient descent, we subtract the gradient of a secondary energy function that uses both the initial EBM parameters and CGNF parameters from the coordinates from the prior iteration. The “Langevin” part of this stochastic gradient descent implies there is a noise term ($w$) added, the variance of which is equal to the square root of the step size ($\epsilon$). This noise term, and Langevin dynamics more generally, are inspired by modeling Brownian motion in particles and have been repurposed for sampling in molecular dynamics.

One could explore different variations on the approach used to compute the continuous-time dynamic – for example, large-scale pretrained transformers applied on SMILES strings – to compare how different architectures that are also able to capture long-range dependencies between atoms perform in generating distance distributions and subsequently conformations. Similar to the way that message passing allows for encoding of long-range dependencies, attention also allows for the same. In fact, attention applied to protein sequences has been shown to recover high-level elements of a three-dimensional structural organization; attention weights are a well-calibrated estimator of the probability that two amino acids are in contact in three-dimensional space (Vig et. al).

One caveat to note concerning the idea above is many models pretrained on protein sequences include evolutionary information regarding the sequences through featurizations such as multiple sequence alignments (MSA) and position-specific scoring matrices (PSSM) (Rao et. al). There are currently no featurizations for small molecules that encode their “structural evolution.”

One could also verify the ability of the different molecular conformation generation methods to generate more stable conformations. Towards the end of the paper, the authors proposed that the EBM shifts generation towards more stable conformations. Developing a metric or computational experiment – for example, calculating the free energy of generated molecules – would verify if this is the case. Or we could potentially even ask the question – is there an architectural or algorithmic knob that we could turn to control the tradeoff the algorithm makes between choosing conformational stability over diversity? To evaluate the model’s ability to especially generate low energy stable conformations, one could re-calculate all metrics solely across reference conformations for molecules bound to a protein in the protein data bank (PDB) (Figure 5) or Cambridge Structural Database (CSD) in a solid-state crystal structure. 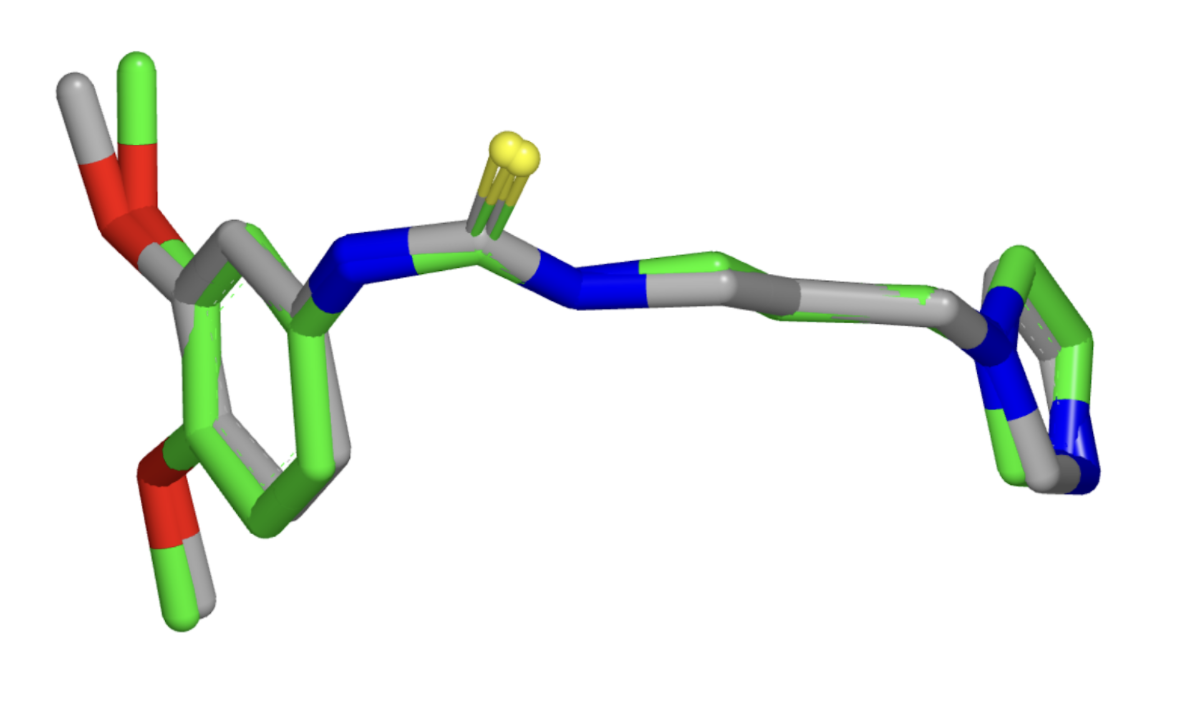 For stochastic approaches to finding multiple local minima, it is necessary to have multiple “starts” in order to cover all local minima. To evaluate the efficiency of the approach, one could measure the number of starts it takes to get a certain threshold of coverage over significant low-energy conformations.

All in all, the approach that Xu et. al employ to generate 3D conformers from a 2D molecular graph is part of a recent frontier in research that involves fewer brute-force physical simulations and more convenient ML-guided predictions that can help accelerate drug discovery.